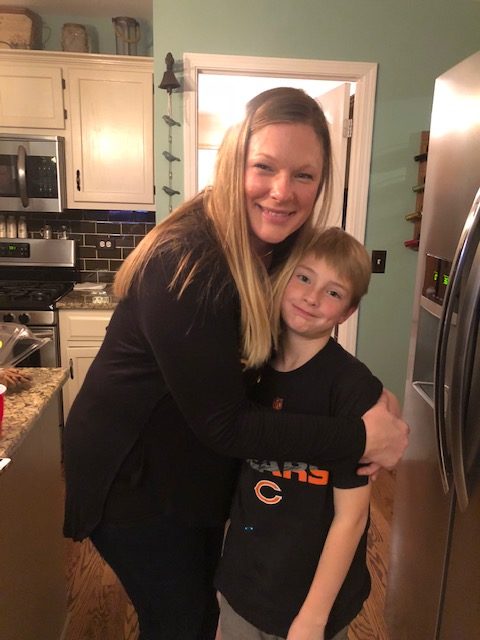 Standing in line at a speedway with my 9 year old daughter, I was absolutely mortified by what a middle aged man was doing right behind us.  Let me paint a picture of this person because, as you may of noticed I said middle aged, he was salt and peppery and not some teen or even early twenty something that is at that self absorbed point in his life that he doesn’t realize there are people around him, no he looked mid forties to early fifties.  He was also in nice dockers and a polo. Ordinarily one might look at him and say he was a DILF, but no one would have said that with what he was doing! He had one hand on the newspaper, and the other hand was on his balls. I’m assuming because of the hot day, and he has probably never heard of SAXX, he was having a nut stuck to the side of his leg situation.  I think we can all relate to having an uncomfortable adjustment, but this man was going at this balls like he was either trying to get a little pleasure out of the deal, or he was actually coming from some sort of frat party where as a prank someone super glued his balls to his leg.  There was no quick readjustment. I had to hold my daughters head forward so she didn’t see this weirdo playing with himself.

This whole situation made me think, this is a moment, this is some advice I wish I could share with my son, but, just like with my daughter, I am his mother and he would either feel mortified through the entire conversation (and rightly so) or it would just be more of friend territory then parent.  So, instead, let me share with YOU what I wish I could somehow let my son know.

First, and of course this is pertaining to the story that sparked it all, DON’T ADJUST YOUR BALLS IN PUBLIC.  This J Crew looking man has not been the first man I have noticed going in way to hard on his package in public.  For some reason men either think the minute they relocate their family jewels an invisible force field covers them, or that we all realize the importance of said jewels and have to just socially accept this behavior.  Um, wrong! Please be a gentleman and go to the bathroom if you are in dire need to move your balls to their proper location. OR, and I believe this to be better advice, spend money on a good pair of boxers so your boys stay in place and get the support they deserve.

Next my sweet boy, be very careful on who you pick for a partner, and the best advice I could give on this is don’t pick someone on the extreme end of a spectrum.  Don’t pick someone who is very bossy, controlling, or opinionated. Same is true on the opposite end, don’t pick someone who can’t make any decisions, afraid to take any chances, and wouldn’t be able to handle life without you.  Please please please find someone well rounded. Find someone generous and kind. Find someone who has goals and ambition. Find someone who is a fighter, and will fight with you and stand up for what is right, but is always respectful and doesn’t go below the belt.  I have seen way too many people end up in relationships, where in the beginning it was great. They loved being the one not having to make any decisions. They loved deferring to their partner to plan everything, but after years and years of never being able to make a decision or let your opinion be heard, it gets old.  I also very specifically use the word partner, because that is truly who they should be. They should be your equal and have a 50% say in decisions and should do 50% percent of the work. You should realize that means you need to do half of the work as well, but you are going to have a much richer relationship for it!

If I can’t deliver this message to him, maybe I will just keep playing “Why Don’t You Get a Job” by The Offspring.  I think that song pretty much sums up my sentiment.

This is a hard one, because to me you are such an amazing young man, but I know how hard confrontation can be.  Don’t be afraid to fight. This may not be a popular opinion, but when your character and integrity is on the line; stand up for yourself!  If that means you literally have to fight and throw a few punches to get respect in a situation, then do it. Usually the actual fist fighting is something you will only have to worry about in your younger years.  As you get older you will see it is more often with words, people will try to put you down or be condescending towards you. Here’s the thing: no one has the right to intimidate you, you give them that power. Speaking as someone who has allowed themselves to be bullied and steam rolled, you will feel so much better about yourself when you put your foot down.  Once you show them you aren’t afraid (at least on the outside) and you will not allow anyone to treat you poorly, guess what? They won’t!

Don’t expect anything out of your date.  Once you hit a certain age and your hormones are raging you are going to want things to move rather quickly along, but don’t be a dick about it.  If the person your with is not down, then that’s okay. I was in college and had a guy in my dorm room for a movie night. I really wasn’t sure if I liked him, and I always noticed wax in his ears, which always begs the question, if he isn’t paying attention to clean his ears, what else isn’t he cleaning????  Anyway, he was in my room, and he kept trying to get me to lay down in bed to mess around, but I didn’t want to. I really did want to watch the movie, and I was annoyed that he kept pressing the issue. I gave in a little, and we kissed a little, but then I stopped it. He got pouty, thats right – pouty, like a toddler who couldn’t get a piece of candy he wanted, and proceeded to tell me, “Blue balls are for real, you could like sterilize me or leave me in serious pain the rest of the night.” Really?  That is your argument right now? You expect me to do what about it exactly? I handed him a travel sized lotion, box of kleenex and told him to leave. See, I wasn’t totally heartless to his concerns.

Believe me, when it is right for them, it will be way more right for you!  One more piece of advice while we are on this subject; don’t forget to um, preheat the oven.  If you are rushing to get the um cookies in the oven, but the oven isn’t warmed up and ready to go then you will have a really bad batch of cookies.  Also, you may get bad reviews, and aren’t likely to be asked to bake again by that oven or any other ovens. Just trust me and always make sure your oven is warmed up.

Last is good hygiene.  Now, I can talk about some of this to him now.  I tell him to shower or put on deodorant, but the really important stuff can be a pit trickier.  I already mentioned before about your ears. That is a big one, you may not notice if there are ear wax flakes trying to escape your ear canal, but those around you can.  Also, keep your hair situation under control anywhere that isn’t on your head. Actually, anywhere that is covered up by your t-shirt and shorts. Not everyone is blessed with a naturally hairless or properly manscaped body.  If you ever happen to be fortunate enough to be in a nice moment with someone about to be up close and personal, you don’t want them coughing up a hairball. There is also truly nothing better than a good smelling man. Your father could help you with this, because he always smells delicious.  Take your time and find a good scent, trust me it is worth the cost and the effort.

Actually, my very last piece of advice, is just be yourself!  I tell you this now, but you are absolutely fucking awesome! Excuse my french, but I just think you are the best.  You will never really absorb that from me, because you will just say, “you’re my mom, of course you think that” but that’s not true!  I see a lot of assholes out there, and you, my son, are not one of them. Don’t let anyone put you down and hold on to it. It says everything about them and nothing about you.

Oh, and always be nice to your mother.  I know where the naked baby pictures are, and the video of you asking me to marry you, and I am not opposed bringing them out to show your date.  I might do that anyway, because you cock-blocked me and your dad more times than I can count. You need the favor returned.

A Year of Pie