I recently had one of those days with a really high high, and then later the same day it plunged to a low low. I can’t say I enjoy these days; I’m more of an even keeled, keep it in the middle kind of person. My high came first. I have a family history of breast cancer, so every year I get a diagnostic mammogram. I started getting these at the age of 30. It’s nice to get the results right away, and breath a sigh of relief when I get a thumbs up. I am now the age my mom was when she was diagnosed. She was 15 years younger than my Gram was when she was diagnosed, and hereditary breast cancer often shows up earlier in subsequent generations. I definitely don’t dwell on it, but I do, in a non-negative/bad-attitude way, expect to get it. It is what it is – my mom, Gram and Gram’s sister had it. And when/if I do, I’ll fight it and survive like the strong women before me. That being said, I do get a little apprehensive each year on mammogram day. So when I went a few days ago, I was waiting in the room afterwards to be told my results. For the first time, I was called back for additional pictures. I thought, “ok, here we go. It’ll be fine whatever the outcome.” And then I did something I know I’m not supposed to – I bargained with God. I believe in fate and signs, and one day recently my bootcamp instructor was late for class. While waiting for her I was on Facebook and read a plea from a stranger who needs a bone marrow transplant. I filed it away to look into later – maybe I’m meant to save someone’s life, and had my instructor been on time, I wouldn’t have learned of this opportunity. So now while waiting for the results of my additional pictures, I told God that if everything was fine I’d look into the donor program that day. Good news – everything was fine and I did as promised – found the website and made an inquiry. I went to work on a big high knowing that, while I (and all women!!) need to do monthly checks at least for now I’m healthy.

That night after dinner, I was dosing my son with his daily cashew and walnut milk. He’s allergic to nuts, and eight months ago we embarked on a journey of oral immunotherapy (OIT) to desensitize him to nuts. Every day we give him small amounts of nut milk and every two weeks go to the allergist to ‘updose’ to the next dosage. There are several rules that go along with this (more about this process in a future post). We follow all the rules, and so far the process had gone without a hitch. This night however, five minutes after drinking the milk he had a strange look on his face. I asked him what was happening, and in a hoarse voice he replied “something is wrong.” After all this time without a wrinkle he was now having an allergic reaction. We work with a very responsive team at the Allergy office, so in constant communication for the next hour we got him through it and avoided a trip to the hospital. It really threw us for a loop though, because as I said we follow all the rules, and this seemed to come out of nowhere. It shook both of our confidence in the program and for the first time I second-guessed getting him into this. The next day he woke up with symptoms of a virus, including a sore throat; we think the virus is what caused his reaction (again, more on this in a future post – I can get really into the science of this process!). So that was my low.

I have a goal to public speak about this OIT journey, as there aren’t many private practice doctors that currently do this, and I’ve learned so much that I’d like to share with other families. I am a very risk-adverse person, and in order to commit to do this with him, I did A LOT of research. I now have a new experience and more information to share, because of this reaction. To (almost) quote my favorite Miranda Lambert song, “And if life keeps giving me lemons I’ll just mix ’em in my drink.” The word is supposed to be ‘love’ not ‘life,’ but it works my way too. And the song is Bluebird – go check it out! And make the most of the roller coasters!

<< Previous Post Friday Night Confessions
Next Post >> All About Compliments; Including the Best One I Ever Received 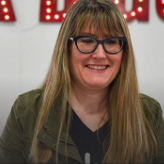