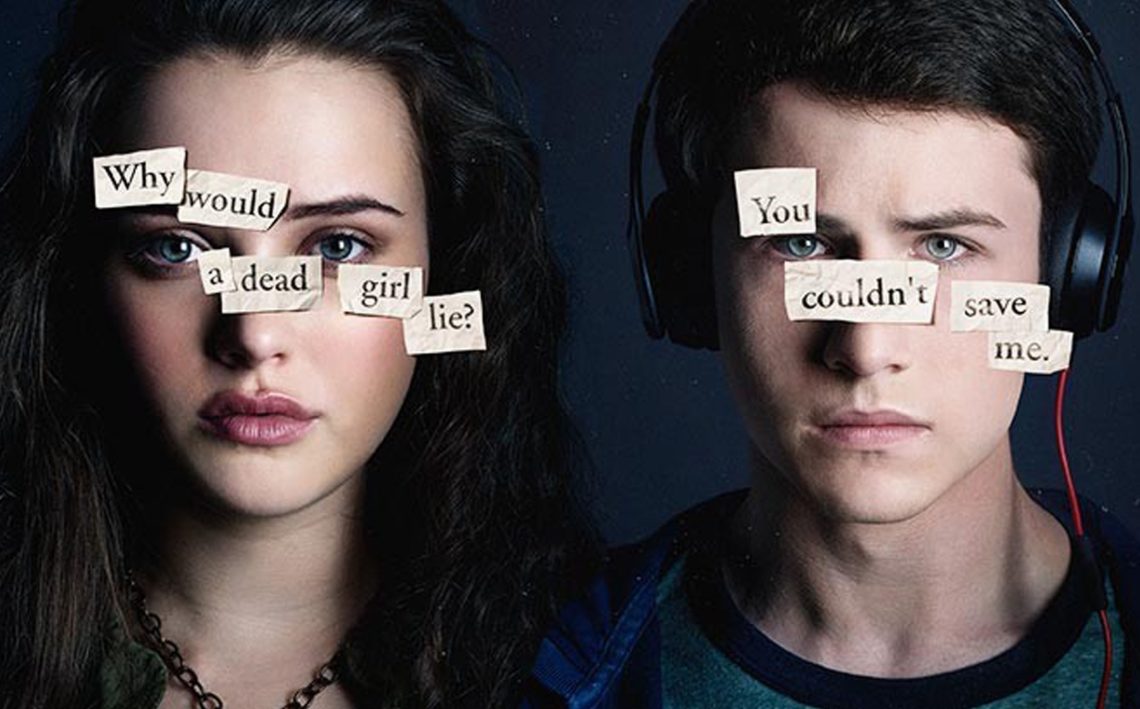 I didn’t start watching the “13 Reasons Why” series on Mom patrol.  My kids aren’t old enough to even be aware of that series. Right now they are in a nice show cocoon of Andi Mack and Teen Titans Go.  I read the book because I am a reader and not ashamed to say I am a fan of a lot of teen fiction out there. I feel like it was a lifetime ago, but I started my career as a High School English teacher, and I would read the books that were checked out the most at the library.  I would take their themes and tie them into my lesson to make some of the more classic novels we were reading more relevant.

By doing this, I have found some amazing books, but I have often wondered how on earth this book was deemed as “teen fiction”.  As an aside, one book I read in my teaching years was, “Darkly Dreaming Dexter” which was the book the showtime series “Dexter” was based off of.  If you watched that series, and who didn’t, are you scratching your head at the thought of a serial killer with some crazy sense of justice while killing criminals as being appropriate reading for a 13-17 year old?  Me too, but awesome book and awesome series.

Back on track, about a year and a half ago I read the book, “13 Reasons Why”, and was amazed by the emotion and the writing of the book, but felt the content was again not suitable for young adults.  I hate saying that in some sort of horrid censorship sort of way, but I can vividly remember my strong teen emotions. I feel like every kid in the hallways of high school are suffering from some sort of bi-polar disorder.   There were such high times and low points, all the while raging hormones are filling in those emotional gaps. I would sit in my room and listen to Incubus and write out the lyrics because I was so deeply feeling them. To me Brandon Boyd just knew me and we were soul mates.

If you let them make you

At a distance you’re strong

Until the wind comes

Then you crumble and blow away

Those lyrics to Make Yourself was an anthem to me anytime the girls were mean to me, or a boy I liked didn’t like me back.

When Netflix was coming out with 13 Reasons Why, I immediately wondered how they were going to convey this teen story with such strong controversial messages.  Spoiler alert, there is drug use, bullying, teen sex – consensual and not, and to top it off, teen suicide. I am not so niiave to say that those things weren’t going on when I was in school, but the way it is portrayed in this show is just so horrendously inaccurate.

With all of those themes in the show, season 1 was hard to watch.  Then they announced they were coming out with season 2, and I wondered, how they were going to continue that story, so I watched.  Honestly, I have not been able to get that show out of my head since.

I might not have 13 reasons why you shouldn’t let your teen watch this show, but I have a couple good ones, and here they are:

First, I don’t like how they have the main character, Hannah, back in the second season after she committed suicide.  The pain and devastation a child taking their own life would cause on not just their family, but the ripple effect of those around them is too monumental to capture in a series.  If some poor child going through emotional distress happened to relate to Hannah in season 1 and was considering suicide, I feel like they may glorify the idea of coming back as a spirit to see what is happening since they left.  Now, who knows what actually happens when you die, but if I were a betting person, I wouldn’t double down on the fact that you would be able to walk alongside a friend and have actual conversations with them.  Also, becuase television has to be condensed, they showed so many of Hannah’s friends, and so many of her good times.  It just felt like, and not that there ever would be a reason to, but this girl had so many resources, it just didn’t follow how she could possibly take her life.  Know teens would be watching this, I wish they would focused a little more on alternatives.  At the end of every episode they would post a weblink and number for teens in crisis, but that would be after they just showed an hour episode of no change and no solutions for these kids!

It also really bothered me how they portray the severity of the bullying going on in the school.  Again, spoiler alert, but in season 2 in the last episode there is a disgustingly violent scene in a boys bathroom, where the psycho jock bully smashes the “nerdy” kids head into the mirror and then proceeds to have his friends hold down the nerdy boy, while the jock pulls the boys pants down and violates him with a broom handle.  I am not saying this horrific scene isn’t based off a some horrible instance that could have happened before, but why let your kid see it? I know they are young adults, and I know the topic of bullying or violating another person’s personal space is an important topic that you should talk to your kid about, but they don’t need to watch it on the TV as entertainment.  They don’t need that visualization in their mind to understand that its not okay to do something like that.

The last major point of why I would not let a teen watch this show is the sex they have in it.  They have a lot of rape and intimidation sex and/or references throughout both seasons. Again, I think this is an important topic to discuss with your sons and daughters, but don’t let this show be the catalyst or the guide for that conversation.  In season 2 they also show Hannah in a relationship that is seemingly sweet with a boy. They decide to lose their virginity together, and at first Hannah isn’t thrilled with the experience, but she soon discovers her likes and dislikes and they start having sex like Samantha Jones from Sex in the City.  That is so not accurate! High School sex is not that way! I also have a personal goal to get my kids through high school without having sex. I know that may be unrealistic, but I am sorry, I just don’t think you are emotional ready to handle that at such a young age.

Bottom line, I am watching my kids grow up so fast.  Everyone says it, but it is so true, the days are long, but the years are short.  Let’s try to make our kids enjoy their youth while they can. I know this is almost an impossible task.  I know I remember being 16 and just wanted so badly to be an adult, and to be treated like one. Adulting will come soon enough and it can really suck at times.  I feel like it’s my job to make sure my kids stay young and sheltered for as long as I can possibly let them.

Now, maybe you have already let your teen watch the show, no judgement, seriously, I am not judging you, I mean at least not to your face.  What I would suggest, if you haven’t already, watch it too. I know if my teen was like, Mom I read this book and now its a TV show, I’m going watch it.  I might feel proud that they actually read a book and would just be like, go for it! But the content of this series really needs a conversation, and maybe even a hug after.

Maybe I am the only one that feels this way.  What do you think? Have you watched the show?  Did you get a different take than I did?  I would love to hear your thoughts!