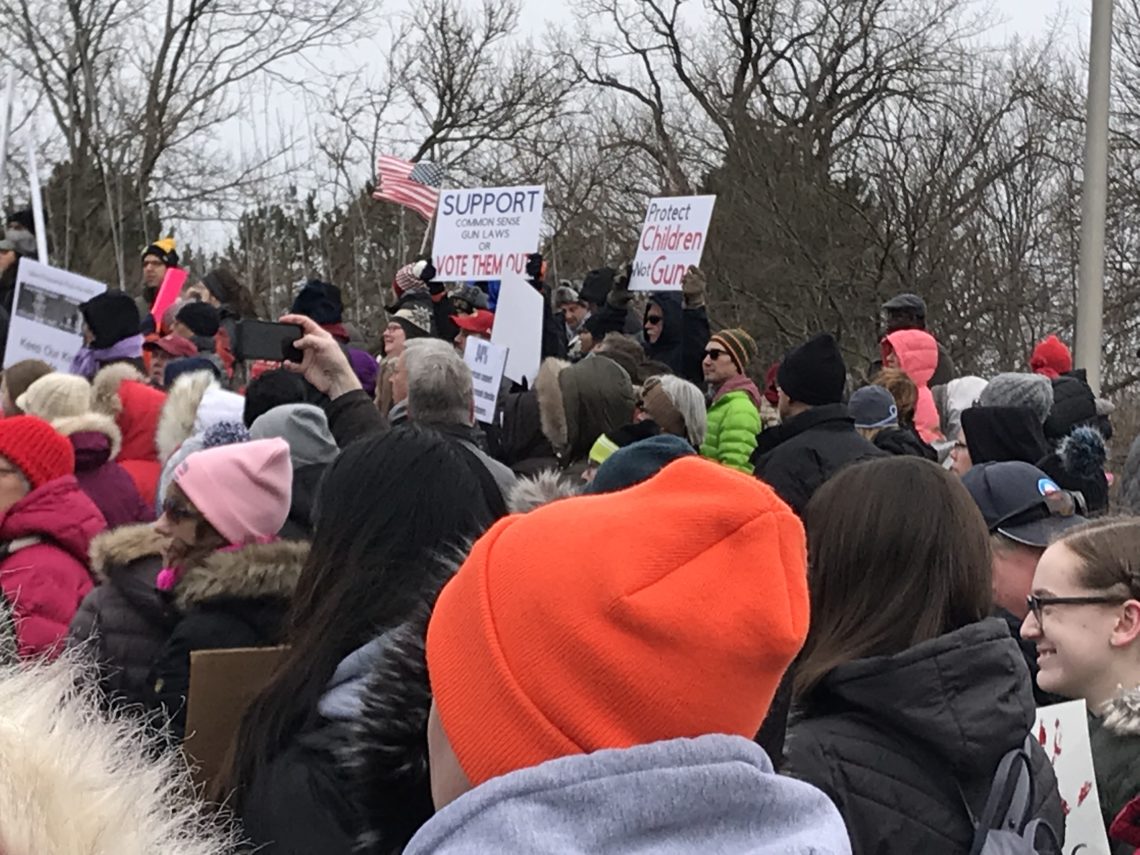 If we want change we must often be the catalyst.  A revelation that was not unknown to me in other facets of my life, but for some reason when it came to political change it never struck a chord, until now. I can no longer say, “why doesn’t someone do something about this?” Knowing what needs to be done I took the first step last weekend and participated in the NW Suburbs March for Our Lives event Saturday.

My two college roommates and I hopped in an Uber and got dropped off at what we worried would be a poor turnout.  For the three of us it was our first time taking action. We are all mothers now and were excited, nervous and unsure of what to expect.  We were among parents, grandparents and children chanting, holding signs and feeling united.

The crowd was impressive, chanting for change it was clear among the conversations overheard that everyone was there because they felt compelled.  Students were speaking and though the microphone didn’t carry to the whole crowd, it was evident that they believed in the movement and purpose and that the message they were sending would make a difference. With the limited sound came an opportunity to eavesdrop among like minds.

“There’s got to be an answer to this”

“Teachers can be unstable too, I just think its a bad idea”

“Wow, why did those guys bother to show up” (In reference to the 5 NRA protesters)

I left the March feeling energized and that we were headed in the right direction, not just as a small group, but as a nation.  The conversations I was hearing, the unity I was feeling, I was ready for the next step.

I spent my drive home reflecting on how discussed changes could potentially play out.  One idea that strikes closest to home is arming teachers.

My husband is an educator, I am so proud of the work he does every single day to teach his students on subjects he is passionate about.  He’s an incredibly capable and intelligent man, but the idea that giving him a gun (likely one that can shoot one round at a time) with the expectation of defending his school and students successfully against an armed shooter that has an AR-15 capable of shooting between 400-600 rounds per second is asinine.

If somehow I could wrap my head around this concept let’s think for a moment on what that is truly doing.  Inviting a means of violence into what should be a place of peace. Making a weapon accessible to a student who might be struggling with home life that think it will solve their problems and equally worse, a teacher or administrator having a bad day and losing control.

Obviously a weapon wouldn’t be out in the open to just take, but if intended for the purpose of protection, it would need to be nearby, which invites trouble.

J is 18-months old, so we’ve got a few years before school starts, but I’d like for my worries for him at school to be related to if he is sharing his crayons, being polite and not sassing the teacher.  Not to worry that the school has the proper lockdown protocol and that his teacher might need to sacrifice their life to save his.

Saturday night as I laid in bed still on a high from the day’s events I started scrolling through Yahoo and reading about other Marches that took place around the country.  I read an amazing speech given by a student in D.C. with great coverage and support following and then…the comments. I expected the high fives, and lets do this spirit that I felt in the morning, what I saw was appalling.

“Survivor? Did she even get shot?”

“Someone is telling her what to say, she’s too young to have these ideas.”

“She can’t even vote yet, how will she vote us out?”

Each comment more destructive than the last and I was jolted from my bliss back to the divided nation we’ve become in the last year.  Instead of letting that division pull me into inaction it proved that more must be done.

When the 2nd Amendment was adopted the intention was not for everyday people to build arsenals capable of killing hundreds.  It was to give citizens the ability to defend themselves and resist oppression. We need to get to a point of agreement and stop hiding behind the words of our founders, using them as an excuse to protect their right to buy weapons that should only be issued by the military.

It saddens me to think that people would be more protective of their weapons than our nation’s children.  How many more lives need to be claimed? How many more times will we have to hear ‘thoughts and prayers’ instead of seeing action.  How many times will one of our politicians recycle a tweet about the tragedy in which they forget to change the location? Accountability, self examination and coming to a consensus.

We need smart and calculated action.  Thinking that overnight we can take on and disband the NRA is a road to nowhere.  Their pockets and roots run deep in our government and yes we can vote out the supporters but the reality is, in politics you’d be hard pressed to find someone without a price, no matter how well intentioned.

We need to find someone willing to have the conversation, to find the middle ground, and for the right reason.  Not because we are revoking the 2nd Amendment, but because the destruction caused by the weapons readily available is so avoidable. And if it takes a group of high schoolers to keep reminding us, then I’m behind them 100% of the way. Lets get there America. 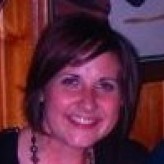