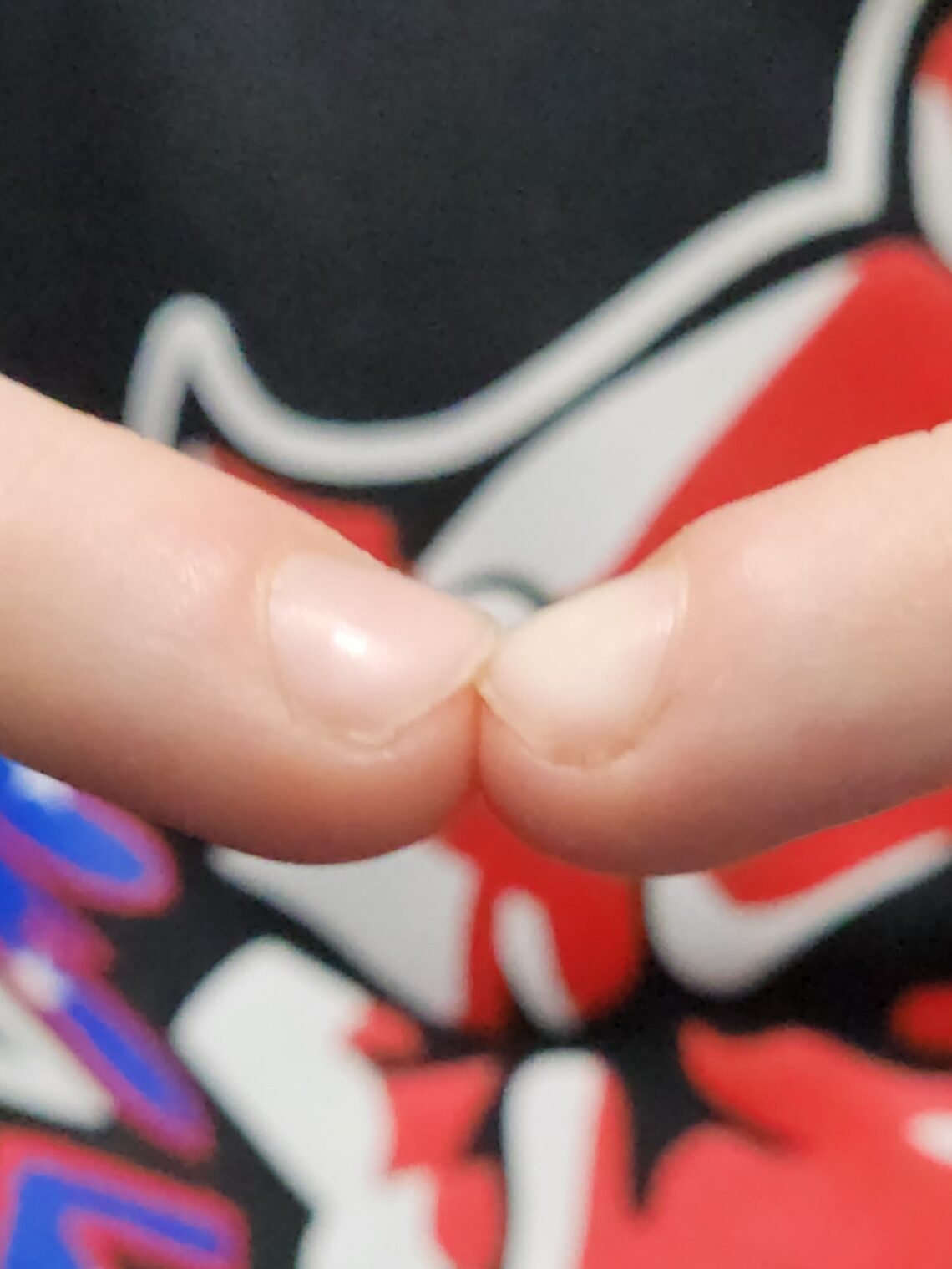 My nine year old son gets frustrated when he tries to communicate something to me and I find it unclear. He gets very annoyed when I try to ask followup questions or rephrase what I think he’s trying to tell me. He growls/groans? at me and tells me I’m not letting him talk, or I’m interrupting him, or I’m being too over the top.

During winter break he suggested out of nowhere that I make “apple crisp”. That is a phrase that has never been said out loud in our home. On the contrary, the look of annoyance he gave me was very familiar. See exhibit 1.

Genuinely interested, I had to do a quick risk assessment of whether or not to continue the conversation. If I asked an open ended question like “what is apple crisp”? The answer I will receive is “Apple crisp is apple crisp”. Thank you oh wise one. If I ask where he has had apple crisp before or what is it like, I risk annoying him by ‘bombarding him with questions’. (So this is the thanks I get for engaging in conversation with you, huh?) If I ignore the suggestion I risk a response accusing me of not caring about him. Moody children who expect you to read their minds are so much fun!

Rather than ask too many follow up questions (which I’m known to do), I spent some time trying to remember my credentials to get into the app which shows the breakfast and lunch menus at school. I looked through multiple breakfast options and multiple lunch options until I landed on December 7. Apple Crisp. I found a photo, a description, and a list of allergens. See exhibit 2.

I shared it with my son. Is this what you meant? “Yeah! I love it!” he says enthusiastically. “I get seconds every time. I sometimes ask for thirds. I also like the peach crisp and the pear crisp but the apple crisp is my favorite”. Oh em gee. A genuine response.

Reverse engineering the apple crisp that the cafeteria ladies make turned into a multiple day project. The holidays have come and gone; my son is two weeks into this month’s lunch menu and BAM!, Monday I was hit with “When are we going to make apple crisp?” Luckily I had all the ingredients on hand except for enough apples. The recipes I found recommended a few different types of apples; and since my husband was helping by running to the store I made it simple “Granny Smith apples please” my text read. See exhibit 3.

Now, that you understand that I’m referred to by my 9 year old as “being over the top” when I ask follow up questions, I should also share that his compliments are hard to come by and may be tied to an insult. I do my best to receive the compliments with as much grace as I can muster; a small toothless smile and a little nostril flare. He doesn’t do this to be cruel; he’s just honest. For instance, “you don’t look as tired as usual today” or “it looks like you’re wearing real pants”. Yeah, you get the idea.

I tell him we’re going to make apple crisp today or tomorrow and he eyeballs the apples on the counter. “They use red apples in apple crisp,” he tells me matter of factly.
Sigh. He is very hard to please sometimes. Deep breaths in…..out…..in…..out. “Our apple crisp will be made with these green apples,” I declared.

If you’ve read this far, thank you. I’m getting to the punch line. My 9 year old may be a bit particular or critical, but he is so sweet and I just love him. He gives the best hugs in the whole world and I really wanted to know more about his absolute favorite food at school. So I took on the challenge of selecting one of my many saved apple crisp recipes this morning and it turned out A-MAZING. I loved it. I was so proud of myself. But what would he think?

My son’s reaction? After a contemplative bite, he puts his index fingers together like this. See exhibit 4.

“Yours is a fingernail bit better…” he said.
Well jeez, I had to know why! Dare I ask a follow up question to learn the basis for his verdict? I had to! And the reason…

Because mine was served at room temperature instead of ‘burn your mouth hot’.

You know what, little man, I’ll take it.

P.S. What remains of what I made. See exhibit 5.

Don’t be fooled by the recipe title; there’s oats in it but it does not have an oatmeal flavor.
P.P.S. In going back to the screenshot from the school menu to upload for this article (see exhibit 2), I am laughing out loud at the description which clearly describes the school’s apple crisp as “piping hot”.

I’ll Have my Cake and Eat it Too

52 thoughts on “Yours is a Fingernail Bit Better”