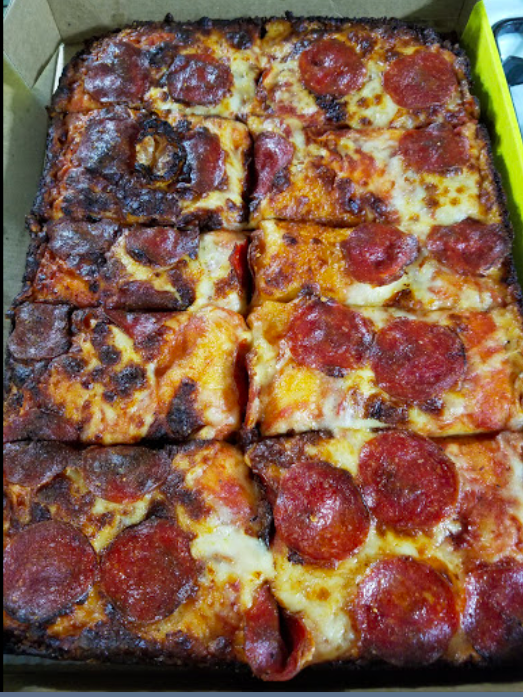 So I’ve had 3 experiences in the last 3 weeks that led me to make a phone call that started with “I’d like to speak to a manager please”. Apparently I’m a true blue grown up because while I hate talking on the phone and get anxiety over the mere thought of it, I have absolutely no problem calling a vendor to inform them how awful of an experience I had. Further, I don’t just get on the phone to vent or explain how bad it was and hope the manager will empathize and hopefully go out of his or her way to retain me as a customer. Nope. Katie ain’t got time for that.

Numero uno, I do not have time to make a phone call to vent with no action. Numero dos, I’ve somehow become a superbadass confident person in these scenarios in which I tell the manager what I expect them to do. And it works.

About a decade ago, a friend of mine shared an e-book with me about how expensive the wedding industry was, and if you understood this point you could leverage it to negotiate and get what you want for a standard rate rather than an upcharged, premium wedding rate.

I’ve used those lessons along with the sheer fact that I am too goddamn busy for things not to work the way they should and that if I am inconvenienced by someone who runs a business, they will do what I expect them to do to make up for it, otherwise I will invest all my spare energy in making their lives miserable, until I get bored.

Along the same lines, my husband, who can talk to anyone, and who works in sales, and literally talks on the phone for a living, thinks that I am the most badass negotiator ever. I laugh out loud at this because I am the biggest introvert ever, who gets anxiety about interacting with people in person or on the phone, who hates asking for things, who hates needing something from someone.

How is that possible? I’ve given it a lot of thought. Using the car buying experience as an example, when I go car shopping, I don’t need something. I want something. And I know what I want and it’s that simple. I do enough research ahead of time that I know what a good value is, I know what I expect and if I get anything less than that, I am not emotionally attached and I get up and leave. I’m not negotiating. I’m just not putting up with the car salesman game and I am not going to be caught up in someone’s play to offer me something hoping I say yes because I am not able to push back, stand up for myself and state what I want.

The feature photo is a photo of a pizza from a pizza franchise that isn’t very close to my house. It’s not an expensive, healthy pizza. It’s junk food pizza that reminds you of late nights, bad decisions, and the joys of your early 20s. It’s nostalgic and it’s something that I order when I happen to have a reason to visit a town about 45 minutes from my house. I have to deal with the most ridiculous shit to get a prescription filled, every once in awhile. This prescription debacle happened to fall on one of my weekends where I had responsibility for only one kid so I wasn’t thrilled. Driving an hour and a half round trip to pick up a prescription made me very angry but I made the best of it by ordering my nostalgic pizza, knowing I didn’t have to share with anyone. The long drive to pick up my RX was unexpected and I basically had to skip lunch. It was approaching dinner time by the time I got home with my pizza, and while it wasn’t warm anymore. It was mine. All mine. I was starving and knew I should’ve gotten a snack or eaten lunch but I also have this weird delayed gratification thing and I chose starvation (okay, not starvation, but severe hunger) because the Katie-only pizza would be that much better. Fast forward and the long drive was over.

I got into my house, took of my shoes, got into jammies, took the bra off, got a plate, got a beer, and got ready for my big moment.

And I saw that disgusting looking pizza.

I hoped it was just the light or it looked worse than it was, but nope. It was dis-gust-ting. It tasted like chemicals and hell.

Great. I’m in my jammies, no bra, shoes off, starving, heartbroken and I could’ve gone all Cal City Katie on the girl on the phone but I didn’t.

I calmly explained that the pizza was not edible (I could send her a picture if she wanted) and I expected a full refund. It didn’t matter that the breadsticks were okay. This was unacceptable. Who looked at this pizza that looks like it’s covered in tar, and closed the box on it and sent it out the door?

What if I had just spent the last 2 hours talking up the pizza to my whining toddlers and it’s the only thing that kept them semi-behaving and then what if Mommy opened the pizza box for a 4 year old and 3 year old?

What would I have done?

She apologized and understood. Luckily she didn’t make any excuses. She said normally they offer a store credit. I stopped her quickly and said that was not acceptable. I lived an hour away and would not be back. I paid for food. I got something that wasn’t edible. She was going to do whatever she needed to do to refund my card.

And while I was starving, I was proud of myself.

Hopefully you smiled a bit at my story, even thought it is full of heartbreak. The plan is to tell you the story of the other two times I’ve had to ask to speak with a manager in the last few weeks next Thursday and the following Thursday, so stay tuned.

Keep on keepin on with your hustle.